Navy Federal Membership Eligibility – How to Become an NFCU Member

Navy Federal is one of the behemoths in the U.S....

Navy Federal is one of the behemoths in the U.S. credit union landscape and is known for its commitment to “serving those who serve” and giving back to the military community. This article will help you to learn more about Navy Federal’s core offerings and differentiating features and help you understand if you’re eligible for Navy Federal membership. 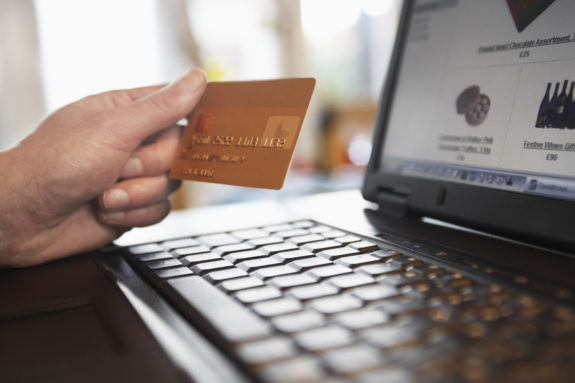 What Is Navy Federal?

Navy Federal Credit Union is the largest retail credit union in the world, with close to $127 billion in assets and membership reaching an impressive 9.2 million members in 2020. Founded in 1933 for Navy employees and headquartered in Vienna, Virginia, Navy Federal is a member-owned, not-for-profit credit union, meaning that it is effectively owned and operated by its participants. Income generated by Navy Federal is therefore re-invested into the enterprise to fund projects or services that can benefit its members.

In addition to its size, Navy Federal differentiates itself from other military-oriented banks and credit unions by placing a special emphasis on financial literacy through its MakingCents web portal and associated videos. Navy Federal also offers personal financial counseling, which is free and available to all members.

In addition to standard financial services such as checking and savings accounts (which are free for active-duty personnel), credit cards (including their no-fee More Rewards card), certificates of deposit, retirement vehicles (IRAs), and loans, members of Navy Federal can take advantage of dedicated VA mortgage loans, home equity lines of credit, and early release of direct deposit funds for active-duty personnel.

The investment management side of the credit union, Navy Federal Financial Group, has a broader menu of financial services as well as a trading platform and life insurance offerings.

Members also have access to the highly-rated Navy Federal mobile app, which — like most mobile banking apps — allows for digital deposits, fund transfers, bill pay, and balance inquiries. One of the specific financial offerings that Navy Federal members rave about is their certificates of deposit (CD) rates, which tend to be industry-leading.

In terms of accessibility, Navy Federal has 342 branches worldwide, including at 26 international locations, and has a network of more than 30,000 no-fee ATMs (many of which can be found at participating 7-Elevens).

Who Is Eligible to Join Navy Federal?

Navy Federal is committed to “serving those who serve”, which means that current and former members of the military are immediately eligible.

However, membership eligibility criteria have expanded significantly in the past two decades to include the following four groups:

The key differentiator in Navy Federal’s membership program is that all prospective members must have some tie to the U.S. armed forces, either directly, through family, or through employment.

Can You Join Navy Federal If You Are Not in the Military?

Given Navy Federal’s 2008 expansion of membership eligibility criteria, it is certainly possible for civilians to become Navy Federal members. This is mainly achieved through relation to an existing member, or through employment as a U.S. government employee or a DoD contractor. Keep in mind that when applying, you’ll need to input certain information about your sponsor — the existing member that you’re using to gain membership — on your application.

If you are an immediate family member of a current or former servicemember who is not a Navy Federal member, it is still possible to become a member; however, you’ll need to furnish some documentation about your family member’s military service.

Nevertheless, all members can rest assured knowing that Navy Federal abides by a “once a member, always a member” principle, meaning that members of the credit union are never at risk of losing eligibility.

What Information or Documentation Is Needed to Join?

If using the online application, it takes about 10 minutes to become a member of Navy Federal. You will need to enter some personal data such as your name, address, Social Security number, a driver’s license or government identification number as well as a credit card number or bank account and routing numbers in order to fund your account. These are the standard requirements for virtually all banks and credit unions.

If you’re a family member whose sponsor is an existing Navy Federal member, you will need to provide the sponsor’s last name, access number (or the last four digits of their Social Security number), and relation to you (e.g. spouse, father, grandmother).

Finally, if you’re an immediate family member of a current or former servicemember who is not a Navy Federal member, you may need to furnish official documentation (e.g. military orders, a Leave & Earnings Statement, a driver’s license with veteran’s designation, a state-issued veteran ID card, etc.) in addition to submitting your own application materials.

Accounts can also be established over the phone by calling 1-888-842-6328 or in person at a branch location. Additionally, Navy Federal allows members to sign their children up for membership by completing the minor membership application.