5 Moving Expenses That You Should Know About 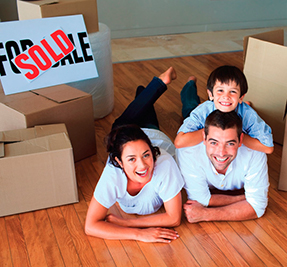 Moving expenses can quickly spiral if you don't watch out. And given that moving is already expensive ($1,170 for an in-state move on average, $5,630 for farther distances), it really pays to learn how that initial "estimate" you received might end up being far different from your final bill.

It's important to note that most reputable movers aren't trying to scam you. It's just that a moving contract has lots of, well, moving parts. If you’re not familiar with every detail in yours, you could easily end up going wildly over budget. To clue you in on these hidden fees, here are some of the unexpected charges that could make your move far pricier than you expected.

Although movers have the know-how to move furniture faster and more gracefully than you, their lives would still be easier if you were moving into (and out of) a ranch rather than, say, a six-story walk-up. As such, movers might charge an added fee for stairs amounting to as much as $50 or $75 per flight.

“Moving companies often work from a tariff, which lists items for which you can be charged, such as if there are stairs involved,” says Angie Hicks, founder and CMO of Angie’s List. Moving into or out of multiple levels? Check your tariff to see what it'll cost you.

A tractor-trailer can't always squeeze into a cozy cul-de-sac or safely park in front of an urban high-rise. Interstate moving companies deal with this issue all the time; their solution is to get a smaller truck to shuttle over your belongings, often in multiple trips. And for this, they can charge a bundle.

“If they haven’t given you a binding price ahead of time, an extra shuttle charge for this service could be added on,” warns Jim Sullivan, president of Humboldt Storage and Moving in Canton, MA.

So make sure to check the parking restrictions around your new (and old) home to know whether (or when) your moving truck can squeeze in. If it can't, it's worth scoping out if there's a better spot nearby that would enable you to avoid the shuttle. Or, it might even cost less to rent two smaller moving trucks instead.

3. Fees for packing, unpacking, and other related tasks

Asking your movers to take on additional tasks besides moving will raise your bill, according to Ram Katalan, co-founder and CEO of NorthStar Moving.

The most obvious example is asking a moving crew to carefully pack, then unpack, your belongings. But much smaller asks can also increase your bill—like disassembling the water hookup for your refrigerator. Or your washer. Or your dishwasher. (You get the picture.)

The reason? Such tasks are not your movers' main job, plus there are liability issues. For example, if not done right, plumbing disconnections could result in leaks and property damage.

Sure, your mover can arrange for a third-party plumber to stop by and help out, but Katalan says you'll be charged extra to cover it.

All in all, it's best to hire your own plumbers, pack and unpack your own stuff, and do everything possible to guarantee that all your movers have to do is move your stuff. Period.

“When moving locally—meaning within a 100-mile radius—nearly all moving companies charge an hourly rate,” explains Aaron Steed, CEO of Meathead Movers. “The efficiency and hustle of the movers you choose dramatically affects time and, therefore, how much you pay at the end of the day.”

So keep that in mind when shopping around for movers. Read reviews and ask your friends who recommend movers about their speed. Or, ask the moving company for a cap on the amount you pay, regardless of whether your movers run over that time limit.

So how accurate are moving estimates, anyway?

Bottom line: Take the estimate movers give you at the outset as just a starting point. To make sure that estimate is as accurate as possible, it's best to avoid getting them over the phone—where you relay the number of rooms or type of furniture in your possession. The best estimate comes from a reputable mover visiting your home and seeing your belongings.

Even then, says Sullivan, “your final bill should be plus or minus 10% of that amount.”

One way to avoid unexpected moving expenses is to hire a company that charges a flat moving fee. While that might seem more expensive at the outset, depending on the size of your home and the distance you're traveling, it could end up cheaper by the end of the day.