5 Surprise Fire Starters in Your Home 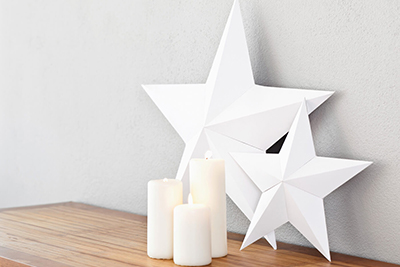 TV and radio personality Ryan Seacrest experienced his “worst nightmare” on Monday when a fire erupted at his $50 million mansion in Beverly Hills, CA. The flames didn’t make it anywhere near the house, but he nonetheless took to the airwaves the day after to discuss the frightening incident.

According to the New York Post, the “On Air With Ryan Seacrest” host told listeners, “You’re so grateful no one is hurt, you’re so grateful you’re there to find it.” By “it” we’re assuming he means the torched debris that can be seen in the photo he posted to his personal Instagram on Monday

Seacrest believes the cause of the fire was a perfect storm of heavy rainfall and electricity. He says an electrical box popped near his driveway, causing the nearby trash bins to catch fire and then spread to a tree and the surrounding area.

So can rain really jump-start a flame?

“Seacrest’s theory isn’t a bad one,” says Sarah Brown, a home safety expert with Safewise.com. “When water is exposed to electricity it can cause what is called a leakage current, which can cause a fire. However, there would need to be some sort of exposed wiring, faulty switches, or perhaps overloaded outlets to cause this problem,” she says.

The National Fire Protection Association estimates over 47,000 home fires reported to U.S. fire departments involved some type of electrical failure or malfunction as a factor contributing to ignition.

Fear not, celebrity-babble fans: With the 2017 Academy Awards less than one week away, Seacrest is still scheduled to pull himself together and fulfill his “Live From the Red Carpet” hosting duties on Sunday.

Rainfall as a fire starter is certainly unexpected, so we looked into some other unusual things that can go up in flames if you’re not careful.

You may already know that overheating dryers or ovens can cause fires. But dishwashers have water, and water puts out fires, right? Wrong! Most dishwasher fires are caused by liquids coming into contact with the machine’s wires.

And dishwashers can do some serious damage. Data obtained from 2010 to 2012 by the U.S. Consumer Product Safety Commission estimated the average residential property loss due to a dishwasher fire was $11.2 million.

“Any device that powers a motor, heating element, or sometimes both in the same appliance always has a higher propensity for fire—and dishwashers are a common example,” says Joe Torrillo, a firefighter who served in the New York City Fire Department for 25 years. “They should never be turned on when going to sleep or leaving the home.”

Jars and other glass objects

Survival enthusiasts say one of the best ways to start a fire is to use a piece of glass to refract sunlight onto dry wood. If you’re not careful, that same scientific process can happen on your own kitchen table.

In 2015 a fire broke out in a southwest London home because of sun rays reflecting through an empty Nutella jar, the Associated Press reported. A representative from the fire brigade’s investigative unit acknowledged how bizarre the cause of fire seemed, but confirmed that the glass jar of hazelnut spread was to blame. Yikes!

While the chances of this happening in your home are slim, it’s important to remember to never store flammable liquids like gasoline, cleaning fluids, paint thinners, and even cooking oils in glass jars you plan on leaving out in the sunlight. Instead, Torrillo recommends using metal cans for commercial-use flammable liquids; plastic containers also suffice for cooking oils.

Critters like squirrels and rats like to burrow into your attic insulation in cold weather and chew anything they can get their teeth on—including rubber-covered electrical lines.

“When electrical wires become exposed to each other and their protective insulation has been compromised, there’s a likelihood of propagating an actual flame,” says Torrillo.

It’s much easier to keep these invaders out than to remove them (which can require a professional pest control company at a hefty fee), so before the winter season, make sure all vents are covered, holes are patched, and cracks are sealed.

Torrillo explains that laptops are also a potential source of fire. Yes, they have the tendency to get really hot, so you should never leave them on a flammable surface like bedding, furniture, or carpet. But the real culprit behind laptop fires is lithium ion batteries, says Torrillo. If they’re poorly made, they can overheat or burst into flames.

Remember the recent recall of the Samsung Galaxy Note 7 smartphone? “Any device powered by lithium ion batteries should be shut off when not in use and stored away from anything that can easily catch fire if it’s brought in direct contact,” he says.