A signature plank of President-elect Donald Trump‘s campaign platform was building a wall along the Mexican border and cracking down on immigrants living illegally in the U.S., deporting many of them. But if those campaign promises become policies, it could prove to be a challenge for the U.S. housing market, real estate experts say.

Already, there aren’t enough homes for sale to meet the rising demand from aspiring homeowners, which is pushing home prices ever higher. Builders can’t put up new abodes fast enough—in part because there’s a national shortage of construction workers. 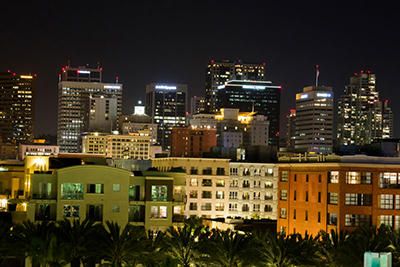 With an estimated 1.1 million immigrants without documentation in the construction industry, a mass deportation could make that labor shortage even more pronounced—and by extension, the housing shortage as well.

(The figure is from a National Bureau of Economic Research analysis of U.S. Census data from 2011 to 2013. There are about 8 million immigrants in the U.S. illegally overall, according to the Pew Research Center.)

“Nobody knows ultimately what Trump’s policies will be and the extent of what they will be,” says Joe Kirchner, a senior economist at realtor.com®. But if the inventory crunch gets worse, buyers could have an even harder time finding a home that fits their needs.

If every undocumented immigrant left the U.S., there could be an 8% decline in personnel for the construction industry, according to the recent NBER analysis.

“This is a major concern for the industry,” says Ken Simonson, chief economist for the Associated General Contractors of America, a trade organization. “If it becomes more difficult to fill positions with immigrants, then I would expect to see more projects delayed or even canceled.”

But many experts don’t believe Trump’s immigration policies will be quite as sweeping as he promised on the campaign trail, according to The Washington Post.

“We do not anticipate significant changes on immigration policy, but incremental restrictions seem likely,” Sven Jari Stehn and Alec Phillips of Goldman Sachs wrote in an investors note.

Even if a wall along the Mexican border does go up, there’s not likely to be any immediate impact, says Jack Kern, director of research at Yardi Systems, a real estate software provider for investment and property management.

“[But] if he starts to introduce immigration policies that make it undesirable for someone to work here, then there will be labor shortages of skilled workers and housing costs will rise,” he says of those laborers who are deported or leave on their own. “It certainly will not make the shortage of homes any better.”