The Mortgage Market Is Changing Fast 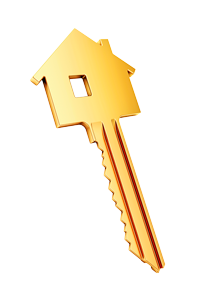 The remaking of U.S. politics also is likely to upend the nation’s mortgage market. There are two reasons why: interest rates and regulation.

Changes in these areas could affect the course of the housing recovery, the availability of credit to borrowers and the extent to which lenders are willing to take on new risk. It may also affect the current structure of the mortgage market, in which banks mostly have focused on plain-vanilla and jumbo loans while nonbank lenders have targeted riskier borrowers, sometimes with more exotic mortgage products.

Interest rates are the most immediate concern. Donald Trump’s victory has led to a surge in bond yields and, in turn, mortgage rates. In the two days following the election, the average rate on 30-year fixed-rate conforming mortgages spiked a quarter of a percentage point to 3.87%, according to MortgageNewsDaily.com.

Mortgage rates are still incredibly low by historical standards; the average over the past 45 years is 8.26%, according to data from Freddie Mac. But the quick rise in the 10-year Treasury yield has lenders worried mortgages could become more expensive far sooner than they had anticipated.

Depending on how far that runs, higher rates could arrest further gains in home prices. While prices have shot up in many U.S. housing markets over the past couple of years, superlow mortgage rates have kept higher prices within reach of many borrowers.

“The ultimate problem is the impact of rising rates on home values,” said Stu Feldstein, president at SMR Research Corp., a mortgage-research firm. “We’re back into a bubble condition in part because of low rates that have enabled people to buy houses much more expensive than their incomes could afford.”

He said his firm expects that by the end of 2017 rising rates will have contributed to home values declining in about one-third of the U.S.

The speed and size of any increase in rates will depend in part on Mr. Trump’s fiscal policies and whether markets believe that could lead inflation higher. “We have a new narrative,” said Chris Whalen, senior managing director at Kroll Bond Rating Agency Inc., noting that markets, not just central-bank actions, will play a role in the direction of mortgage rates. “We’re back to a situation where what investors think matters again and that’s very important for mortgages.”

The second point lenders are considering is whether a more bank-friendly regulatory environment is on the way. In part, that will depend on how the administration approaches any rollback of the Dodd-Frank regulatory overhaul law.

In an interview with The Wall Street Journal on Friday, Mr. Trump said of Dodd-Frank: “We have to get rid of it or make it smaller.”

The law resulted in a number of safeguards for mortgages, including requirements for lenders to make sure borrowers can afford mortgages they sign up for. Risky mortgages including those with balloon payments and with little verification of applicants’ income or assets largely became much harder to find. A looser lending environment would result in conflicting developments: More borrowers would get approved, while raising the risk of more foreclosures to come. Analysts say most lenders would be unlikely to return to practices and products that burned them during the housing crash.

But the new regulations also made lenders more risk averse. Banks have increasingly targeted only the most creditworthy borrowers or those taking out jumbo loans—mortgages that exceed $417,000 in most parts of the country.

Along with regulatory risk, banks have faced greater legal peril over mortgages in recent years. The biggest banks, in particular, have paid tens of billions of dollars in settlements and fines related to soured mortgages.

So the appointment of a new attorney general, and the approach of the Justice Department toward lending transgressions, will have a big impact on how lenders assess legal risk. Big banks, for example, have largely abandoned making loans that are insured by the Federal Housing Administration for fear of being penalized when risky mortgages go bad.